Lord Byron and the Rolling Stones. 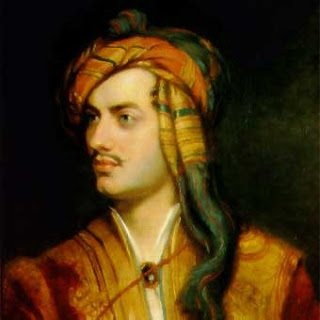 Lord Byron was the original "Bad Boy", and this 150 years before the Stones founded their band.  He was barred from Long's Hotel on Bond St. in London.  The regrettable incident for which he was barred is that, "On a cold wet night, Lord Byron deemed the hall to be a less inclement place than an uncovered yard".  What he did is left to our imagination.

In March, 1965 three of the Rolling Stones were spotted urinating in the forecourt of the Francis Service Petrol Station in East Ham.   A private summons was issued against Mick Jagger, Brian Jones and Bill Wyman.  In court it was said that Wyman had asked if he could use the petrol station lavatory, but had been refused.

As they drove off they added insult to injury by “making a well-known gesture”.

Each of the three Rolling Stones was found guilty and fined £5 with 15 guineas costs on March 18th. 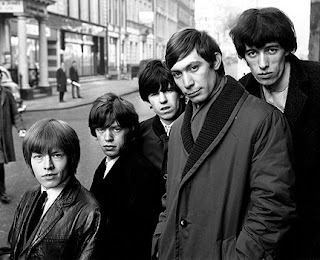 Posted by georgezaremba at 8:52 PM