Itinerant portrait artists roved around the country looking for portrait commissions.  There were so many of them that William Dunlap in his 'Lives of the Artists' wrote that Gilbert Stuart remarked of them:

"By and by you will not by chance kick your foot against a dog-kennel but out will start a portrait painter".

Gilbert Stuart was the great American portrait artist who painted the iconic portrait of George Washington. 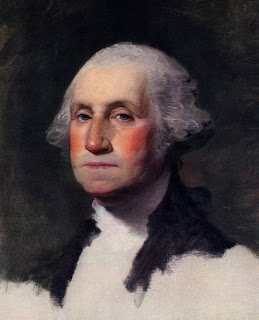 Thomas Cole, 1801-1848, was the founder of the Hudson River School, an American art movement. He was a renowned landscape artist, but first he tried his hand at portraits.  He grew up in Steubenville, Ohio, and there he learned the rudiments of his profession from a portrait artist named Stein.  In his early twenties he set up as a wandering portrait painter, walking from village to village with his paints and brushes.

He found that others had got there before him and had already reaped the harvest in the towns  of southern Ohio such as Zanesville, St Clairsville and Chillicothe.  In particular he butted heads with one, Jacob Descombes, who had painted portraits of the most prosperous citizens of these towns.  Descombes soon gave up the arts to become a minister.

One might have supposed that the woods were full of painters, for there were portraits all over the walls of the many inns of the area.  But there were still villages further off the beaten track where farmers were ready to welcome the work of another itinerant artist. However, Cole had little success painting portraits, and his interest shifted to landscape.


From 'The World of Washington Irving', by Van Wyck Brooks

Thaddeus Kosciuszko, the Polish patriot and hero of the American Revolutionary War, who oversaw the construction of the fortifications of West Point, was a painter of portraits.  He painted Thomas Jefferson in 1798, before returning to spend the latter part of his life in Europe. 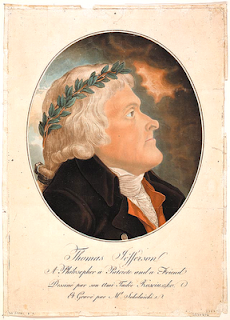 Posted by georgezaremba at 9:33 PM